When one reflects on New Mexico Governor Susanna Martinez recent veto of bill to limit solitary confinement of pregnant women, juveniles and the mentally ill, it is worth taking a look at the realities of solitary confinement. When viewed against a historical backdrop, some light is shed on the veto and the person behind it.

Abolished in 1890 – Mass Incarceration Brought It Back

The use of solitary confinement had all but been since 1890 before it came roaring back with mass incarceration and the drug wars. The U.S. Supreme Court had this to say in 1890:

“The peculiarities of this system were the complete isolation of the prisoner from all human society, and his confinement in a cell … so arranged that he had no direct intercourse with or sight of any human being, and no employment or instruction. . . . But experience demonstrated that there were serious objections to it. A considerable number of the prisoners fell, after even a short confinement, into a semi- fatuous condition, from which it was next to impossible to arouse them, and others became violently insane; others, still, committed suicide; while those who stood the ordeal better were not generally reformed, and in most cases did not recover sufficient mental activity to be of any subsequent service….” In re Medley, 134 U.S. 160,168 (1890)

Many great minds have written about the horrors of solitary confinement after witnessing it firsthand. Charles Dickens wrote:

“I believe that very few men are capable of estimating the immense amount of torture and agony which this dreadful punishment, prolonged for years, inflicts upon the sufferers.. .there is a depth of terrible endurance in it which none but the sufferers themselves can fathom, and which no man has a right to inflict upon his fellow-creature. I hold this slow and daily tampering with the mysteries of the brain, to be immeasurably worse than any torture of the body…. Charles Dickens, AMERICAN NOTES 146 (Fromm Int’l 1985) (1842).

Upon studying the Auburn Prison in New York in the early 1800’s, Gustav Beaumont and Alexis de Tocqueville had this to say about the required total silence of inmates and the systemic use of solitary confinement:

“The northern wing having been nearly finished in 1821, eighty prisoners were placed there, and a separate cell was given to each. This trial, from which so happy a result had been anticipated, was fatal to the greater part of the convicts. In order to reform them, they had been submitted to complete isolation; but this absolute solitude, if nothing interrupts it, is beyond the strength of man; it destroys the criminal without intermission and without pity; it does not reform, it kills.

The unfortunates, on whom this experiment was made, fell into a state of depression, so manifest, that their keepers were struck with it; their lives seemed in danger, if they remained longer in this situation; five of them, had already succumbed during a single year; their moral state was not less alarming…”  On the Penitentiary System in the United States and Its Application in France, (1833)

Following his own imprisonment in Siberia from 1850 to 1854, Dostoyevsky had this to say:

“I am firmly convinced that the belauded system of solitary confinement attains only false, deceptive, external results. It drains the man’s vital sap, enervates his soul, cows and enfeebles it, and then holds up the morally withered mummy, half imbecile, as a model of penitence and reformation.” Fyodor Dostoyevsky, The House of the Dead 13 (Constance Garnett trans., 1915).

More recently, continuing to this day, courts have had much to say about the inhumanity and cruelty of solitary confinement. This 1995 statement from Northern District of California states very forcefully that solitary confinement has not place in our society:

subjecting individuals to conditions that are “very likely” to render them psychotic or otherwise exacerbate a serious mental illness cannot be squared with evolving standards of humanity or decency, especially when certain aspects of those conditions appear to bear little relation to security concerns. A risk this grave – this shocking and indecent – simply has no place in civilized society. Madrid v. Gomez, 889 F. Supp. 1146 (N.D. Cal. 1995).

Land of Enchantment and Torture

The U.S. stands alone today as the only modern civilized society that sanctions solitary confinement. However, many states have abolished the use with juveniles and the mentally ill. There are many lawsuits pending regarding solitary confinement of pregnant women.

Governor Martinez stands out for her level of cruelty considering the trends. In fact, she stands shoulder to shoulder with Governor Chris Christie who vetoed a similar bill in New Jersey is December 2016.

Let’s say scholars, courts and intellectuals are right (admitting folks on the right believe they never are) and solitary confinement is akin to torture and has no place in a civilized society, then lets count the days until Governor Martinez no place in the Land of Enchantment. 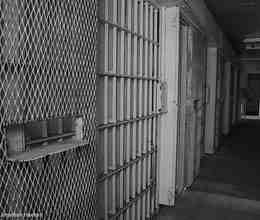 Solitary Confinement: Torture in Your Backyard | American Civil Liberties Union It is not easy for anyone to learn the truth about solitary confinement, but for people of faith at least two important tenets of faith make solitary unacceptable. As religious people, we believe that everyone has been given by their creator dignity and worth. Solitary confinement degrades those gifts. In addition, faith teaches us that human beings thrive in community. That does not mean that people will not occasionally choose time alone to enhance their faith journey, but denying human beings the community they need is unacceptable.

A Brief History of Solitary Confinement

A Brief History of Solitary Confinement Dickens, Tocqueville, and the U.N. all agree about this American invention: It’s torture.