Over the course of the past thirty-five years, successive efforts have deliberately orchestrated the under-mining of public institutions and one of the primary components in this series of attacks is the push for privatization. Ostensibly, government agencies—or so the argument goes—are poorly administered, wasteful and inefficient and we would be better served if every public service were turned over to the corporate sector. For those who pay attention and do the research there’s little evidence to support such assertions. Corporate interests provide goods and services, but hardly with peak efficiency, lack of corruption or with the interests of the public at heart. Their bottom line revolves around one consideration and one alone, profit.

Efforts to privatize run across the spectrum of goods and services, from the provision of air-traffic control and postal services to medical care and, yes, correctional facilities and related services.

Hyper-Incarceration in the Age of Private Prisons

Beginning in the early 1980s the United States began a bout of what has been called “hyper-incarceration. Since that point in time the number of people in prison has increased by over 500%, to more than 2.2 million. Private prison contractors have played a central role in driving policy efforts to put more people in prison and jail, keep them there for longer periods of time and ensure that successful re-entry into society proves very difficult.

As the national outcry around over-incarceration has increased in tempo over the past five to ten years and the excessive costs and meager returns have been tallied, efforts to find alternatives to incarceration have accelerated. Such alternatives often take the form of diversion from jail to treatment for mental health and\or substance abuse problems. Faced with profit loss, private prison contractors have adjusted. Now, they have begun to get in on what has been called the “treatment industrial complex”.

What is the Treatment Industrial Complex?

In November, 2014 the national advocacy organization, Grassroots Leadership issued a report entitled, “The Treatment Industrial Complex: How For-Profit Prison Corporations are Undermining Efforts to Treat and Rehabilitate Prisoners for Corporate Gain”.  The summary of the report reads as follows;

“This brief describes the expansion of the incarceration industry away from warehousing and into areas that traditionally were focused on treatment and care of individuals involved in the criminal justice system–prison medical care, forensic mental hospitals, civil commitment centers, and ‘community corrections’ programs such as halfway houses and home arrest.”

The report identifies components or segments of the Treatment-Industrial Complex;

There are some alarming aspects to this burgeoning and massive complex: First of all, whereas prison and jail sentences are marked by a definitive beginning and end, those who are civilly confined in mental health hospitals or other commitment facilities may potentially remained confined for life. Segment 2 is by far the largest of the components and it is also the fastest growing. In 2008, state spending on correctional healthcare costs exceeded 6.5 billion dollars. Private contractors, at that time, held more than one-third of all healthcare service provision contracts for prison and jail facilities. It is estimated that private contractors currently take in over 3 billion dollars a year.

It’s not difficult to see why these massive, international corporations are doing all they can to increase their market share and ensure ever-increasing profits as aggressive members of this new market. They care little for humane treatment or what’s right or wrong, their focus has always been and remains on profit margins.

Arrest more people, push them through systems, keep them as long as possible and make it very difficult, if not impossible, for them to succeed: These are the goals of private correctional providers.

The Situation in New Mexico

As the Grassroots report notes, thus far 22 States have privatized correctional healthcare services and an additional 7 States have partially done so.  New Mexico is one of the States that has fully privatized its correctional healthcare service provision. For those of us who watch these trends closely and who know the human cost, the personal repercussions may prove deadly. There have been multiple lawsuits filed against private prison contractors in the State of New Mexico in the recent past. Indeed, for anyone willing to conduct a basic internet search atrocious examples can be readily found.

Trends to watch here in the Land of Enchantment include efforts to ease the civil commitment process, confining those with mental health issues for longer periods of time and more complex and longer treatment requirements for ex-offenders in re-entry.

The Treatment Industrial Complex: How For-Profit Prison Corporations are Undermining Efforts to Treat and Rehabilitate Prisoners for Corporate Gain | Grassroots LeadershipOver the last 30 years, for-profit prison corporations, such as Corrections Corporation of America (CCA) and GEO Group (formerly Wackenhut Corrections Corporation), have benefited from the dramatic rise in incarceration and detention in the United States. Since the advent of prison privatization in the early 1980’s, the number of people behind bars in the US has risen by more than 500 percent to more than 2.2 million people.1 Meanwhile, the number of people held in immigration detention centers has exploded from an average daily population of 131 people to over 32,000 people on any given day. 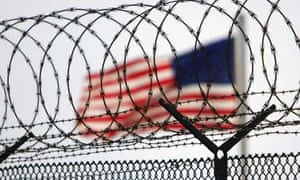 America’s private prison system is a national disgrace | Jill Filipovic | Opinion | The GuardianThe privatization of traditional government functions – and big government payments to private contractors – isn’t limited to international intelligence operations like the National Security Agency. It’s happening with little oversight in dozens of areas once the province of government, from schools to airports to the military. The shifting of government responsibilities to private actors isn’t without consequence, as privatization often comes with a lack of oversight and a series of abuses. One particularly stunning example is the American prison system, the realities of which should be a national disgrace.